Anna Carter (Interpreter) BA, NIC: Advanced holds a Bachelor of Arts degree in ASL Interpreting from the College of St. Catherine, St. Paul, MN and has almost finished her Masters of Arts in Liberal Studies degree from the College of Staten Island, SI, NY.  Anna interned in theatrical interpreting as well as participated in the Theatre Development Fund’s 2007 Interpreting for Theatre workshop at the Juilliard School, New York City.  When not in the theatre, Anna interprets in post-secondary settings as well as in various community venues.  She holds National Interpreter Certification: Advanced through the Registry of Interpreters for the Deaf and works as an interpreter coordinator and educator.  Anna has interpreted several local and Off-Broadway shows to include – The Falls, Minneapolis, MN; Miracle Worker, Minneapolis, MN; The Wizard of Oz, Madison, WI.  Miracle Worker – Broadway; Skellig – Broadway; Rainbow Fish ­– College of Staten Island; A Christmas Carol – College of Staten Island.  She is the proud mother of an 18 month old and is married to her best friend. 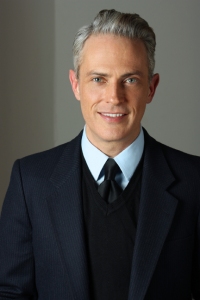 Jon Wolfe Nelson (Assistant ASL Consultant, Interpreter) has been working with Deaf actors, performing in American Sign Language and Interpreting for twenty years. As an actor performing in ASL he has toured with National Theatre of the Deaf, Little Theatre of the Deaf and Sunshine Too as well as numerous television appearances; most notably three seasons on the hit Showtime series The L Word. New York audiences may recognize him from his more than forty Sign Interpreted Performances on Broadway. Among his favorites are: Nine, The Importance of Being Ernest and A Lion in Winter (Roundabout Theatre Company), Dirty Blonde (New York Theatre Workshop,) A Winter’s Tale, twice (New York Public Theatre’s Shakespeare in the Park).